Storytime of a supermodel drastic change 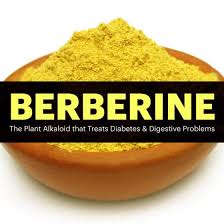 There are many plants located throughout the United States and the world that contain berberine. It has strong antibiotic properties but unlike sida, bidens, and artemisia it doesn’t travel through the blood to other parts of the body so it must be applied directly to the area of the body that has an infection.

Plants with berberine can treat drug resistant E. Coli, colorectal carcinoma, dysentery, and other bacterial infections. Berberine has been used as an antibiotic in China and India for hundreds of years and is present in plants such as goldenthread, Oregon grape, and barberry which are often discussed for their natural antibiotic powers.
When looking for plants to harvest that are available in the wild, look for phellodendron amurense (amur corktree which only grows in a few states), berberis vulgaris (common barberry which grows in about half of the US states), and mahonia aquifolium (Oregon grape which is more common then the corktree.) Most of these plants are considered invasive and the plants in this family can be used to similar effect. You can also purchase plants that contain berberine online and at Chinese herb stores.
All parts of the plant can be used including the bark if it’s a tree and the root bark. Most often the roots have a higher concentration of berberine so you can harvest the roots if you’d like. Try to harvest the roots of a species that is considered invasive because you’ll kill the plant by taking its roots. Otherwise you can just take the leaves and stems to make an antibiotic medicine.
Berberine can be used in a number of applications, such as a powder, tincture, snuff, and capsule to fight many different microoganisms and cure dysenteric diseases, giardia, and bloody stools. It works well to cure mucus membranes that are infected as well.
Take the dried bark, roots, leaves, and stems and grind it up into a powder. Apply the powder to any infections you have on your body and on cuts and scrapes to stop them from becoming infected.
You can put the powder into 00 capsules and take it if you have dysentery or diarrhea. A snuff works for nasal inflammation that you can take three times a day for up to 7 days. If you want to make a tincture out of berberine take the bark or root and mix it with 5 times liquid that’s a mixture of 70% alcohol and 30% water. Add 20 – 50 drops to your water around 4 times a day for non-acute conditions.
If you have any medications that are broken down by the liver, avoid berberine. It may slow down how quickly the liver breaks down those medications and cause side effects. Berberine also interrupts cyclosporine and causes there to be an excess in the body so if you are taking any medications such as Neoral or Sandimmune, avoid berberine products. Don’t take anything with berberine if you are pregnant or want to become pregnant, or if you have diabetes or low blood pressure.

The Hidden Dream of Pele

Pele is a name that is synonymous with soccer, and for a good reason. Regarded …